of the test pieces

The Music Commission of the European Brass Band Association (EBBA) is pleased to announce the set test pieces for the 42nd European Brass Band Championships to be held in the Stravinski Hall, Montreux, Switzerland, Friday 26 and Saturday 27 April 2019.

Dear Cassandra (Concerto for Brass Band No. 14) by Ludovic Neurohr

The test piece has been commissioned by the Swiss Brass Band Association for the 42nd European Brass Band Championships. The title, Dear Cassandra, is taken from Greek mythology. Cassandra predicted the arrival of the Trojan Horse. In his virtuoso and highly personal work, composer Ludovic Neurohr attempts, in his words, ‘to interrogate through the music and the compositional process the future direction brass band music might or might not take. Beyond the curiosity of knowing how the future will be written, the fear to being locked into writing only for human technical capacities haunts my thoughts, and especially composing what has already done hundreds of times before…’

Dear Cassandra is cast in three movements playing continuously. It opens in exploratory mode, as the players search for new sounds from a single tone. Using the rhythm of Dear-Cas-san-dra (long-short-long-short) as the principal motif, the material gradually coalesces as the composer asks the question, ‘Is this the right path to follow?’ Other musical elements and styles are drawn into the musical ‘discussion’.

Several references are used in this 16′ minutes work to picture few images created by the composer. The Finale will invite the audience to imagine what the composer finally think about Cassandra’s advices. People can also make their own opinion about this theme but the principal goal of this work is asking ourselves about this:
Where are we going?

Composer of the test piece in the Championship section

Born in 1983 in Sion, Ludovic Neurohr is from Grône, Valais. He started playing the cornet at an early age with his village’s Brass Band “La Marcelline” and studied with Géo-Pierre Moren from 1995 to 2002. He has won numerous prizes in regional and national solo contests. In 2003, he became Swiss Junior Cornet Champion and overall Swiss Junior Champion (Flugel horn). From 2001 to 2005, he was repiano cornet with Brass Band 13* with whom he has won many contests.

He studied music at the “Tibor Varga Music Academy” in Sion from 2003 to 2007 in the class of Claude-Alain Barmaz. His BA was completed 2007 with top marks, and he earned his professional diploma in music theory. He also studied the piano for three years as well as orchestration and chamber music.

In September 2007 Ludovic Neurohr widened his musical knowledge by studying composition in Manchester (UK) at the famous School of Media, Music & Performance at Salford University. He earned his MA with distinction in October 2008. He was able to study film music, Popular music and Brass Band under Dr Robin Dewhurst, Dr Alan Williams, Dr Tim Warner and Professor Peter Graham. During his studies Ludovic Neurohr won the “Kirklees Composer Contest 2008”, which gave him the opportunity to work with the publishers of the same name, based in Brighouse, Yorkshire.

Ludovic Neurohr’s first CD of compositions called “Music of” is self produced in 2010 in collaboration with Valaisian composer Julien Roh and recorded by Ensemble de Cuivres Valaisan.

His career in composition has allowed him to work with famous Brass Bands as well as Chamber Orchestras, Wind Bands, Brass Ensemble, soloists and experimental bands. He has been engaged in more than 70 commissions for Brass Band including 15 major pieces for Brass Band. 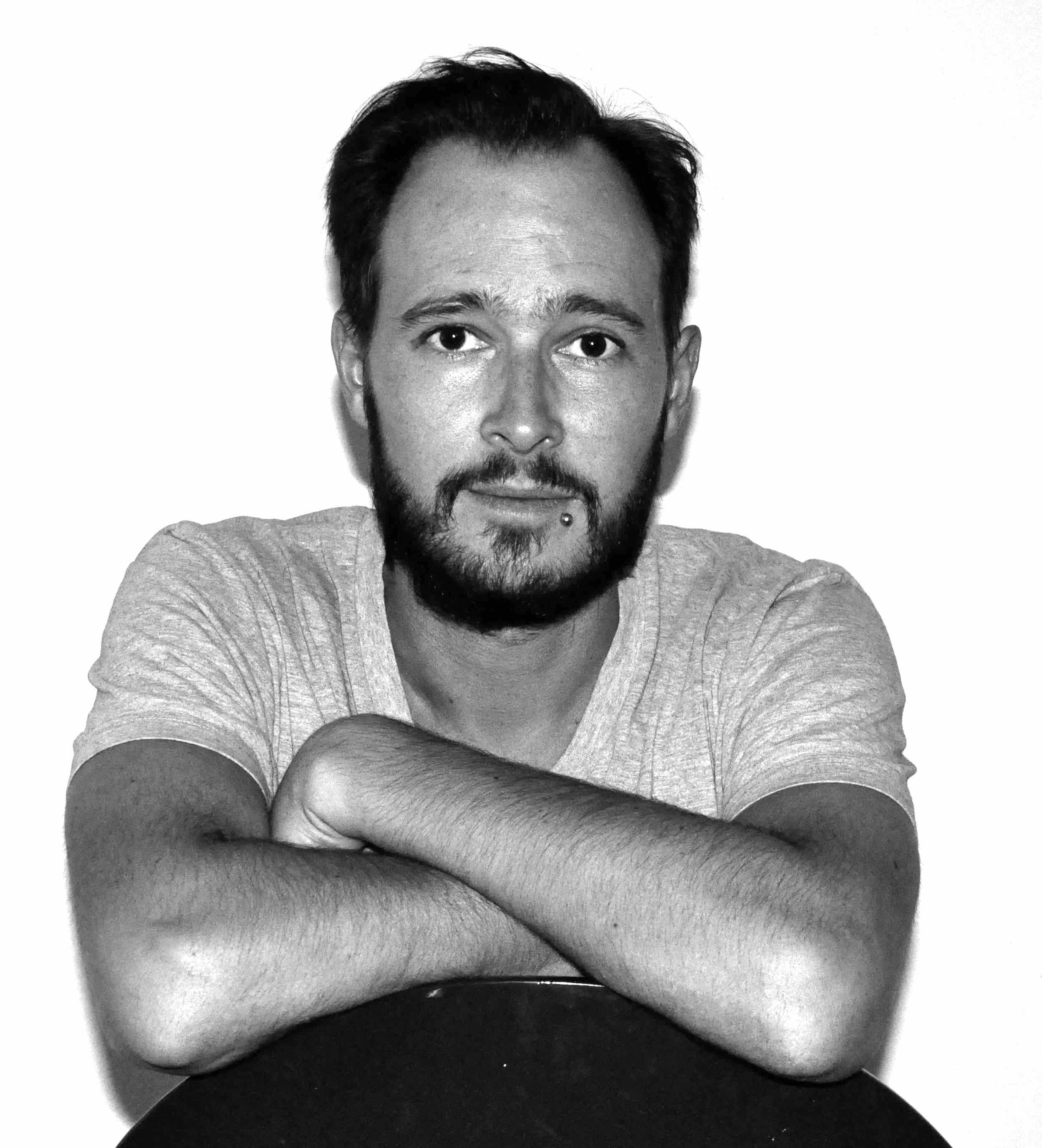 This test piece has been commissioned by the Swiss Brass Band Association for the 42nd European Brass Band Championships. Terezín is a fortress built by the Emperor Josef II, ruler of the Austro-Hungarian lands from 1780-90 and a noted patron of the arts and music, commissioning both Mozart and Beethoven. Although the building named after his mother Maria Theresa was supposed to be used for defence, it became infamous first of all as a prison, and later during World War Two as a Jewish ghetto and concentration camp. The composer writes: ‘The many memorials and museums are depressing, intense, sad and inspire to reflect. But its spaciousness and size are also impressive and intense. My work Terezín tries to reproduce these moods, which I was able to experience myself during a visit in spring 2018. It became very clear to me how cruelly people were treated here. I would like to believe that it is worth honouring the history of those who have been lost and that humanity will strive to avoid such malignancy.’ “A second transport from Pilsen arrived. People were in a deplorable state. The newcomers were cowherded, quite gratuitously…” [Eva Roubíčková, Ghetto Theresienstadt, 22 January 1942]

Composer of the test piece in the Challenge section

Born on 26 October 1977, Mario Bürki studied wind orchestral conducting at the Berne conservatory. He also completed courses in composition with Urs Peter Scheider and conducted under the direction of Toshiyuki Shimada and Andreas Spörri. His first grand scale work Scenes of Max and Moritz earned a second place in the composition contest in Lucerne organized by the World Association for Symphonic Bands and Ensembles ( WASBE). During the Flicorno d`Oro junior contest (Italy), Indian Fire was awarded a special prize in acknowledgement of its originality. Mario Bürki is regularly commissioned to write for Wind and Brass Band. Two of his works (Cap Hoorn und 1405 : Der Brand von Bern) were premiered at the Mid-Europe Conference in Schladming and several have been chosen as set test-piece for contests. Alongside his composing, he conducts various Wind Bands and teaches trumpet and theory. Mario himself plays the trumpet, the piano and the organ.

Daniel Hall is a 21 year old composer from Cornwall currently in his final year of undergraduate study at the Royal Welsh College of Music and Drama in Cardiff. In January 2016 Daniel won the third John Golland Award at the Royal Northern College of Music Brass Band Festival with a work for A4 Brass Quartet. As his prize, the John Golland Trust commissioned a new brass band work and Sanctuary! was the result. It received its first performance at the 2018 RNCM Brass Band Festival by Tredegar Town Band, conductor Ian Porthouse.

During his time as a scholarship student at the South West Music School, Daniel was Composer in Residence with the National Youth Orchestra of Great Britain and is currently Composer in Association with Tredegar Town Band. He has fulfilled commissions from Foden’s Band, Eminence Brass Quartet, A4 Brass Quartet, and anumber of emerging international brass soloists. His work Smoke Sketches was commissioned by Brass Bands England as one of the set tests for the 2017 National Youth Championships of Great Britain. Daniel’s music has been performed in Lithuania, Switzerland, France and at major venues in the UK, including the Barbican Hall (London) and The Sage Gateshead (at Brass in Concert). In July 2017, he was appointed Resident Conductor of the Severn Tunnel Brass Band, near Chepstow. He also directs his own riot jazz band 3DBrass!!!.

Created to challenge experienced youth and community bands, Sanctuary! is inspired by Victor Hugo’s novel of 1931, The Hunchback of Notre Dame. The title is a reference to the climax of the story when heroic Quasimodo rescues Esmerelda from death and carries her to the top of the bell tower whilst screaming “Sanctuary! Sanctuary! Sanctuary!”.
The work in in three movements, dominated by the sound of bells. The first movement, Cour des Miracles, depicts the sounds of a colourful festival with the bells of Notre Dame ringing joyously. The second, Miséricorde, is an ardent song from the bell ringer, Quasimodo, to his adored Esmerelda, declaring his unbounded love. The final movement, ANANKH, refers to the message that Hugo intended for the book, fate and destiny. The suite concludes with a reprise of the love song, signifying hope and restoration.

The performing material of Sanctuary! is being produced specially for the contest by the composer and can be ordered exclusively by email from Paul Hindmarsh, Chair EBBA Music Commission, pehindmarsh@btinternet.com 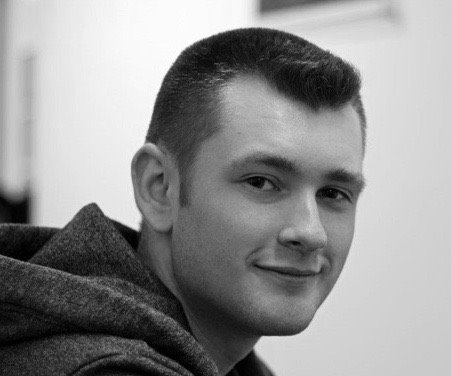 Stephan Hodel is one of the most highly regarded and versatile composers currently working in the European bandscene. Based in Berne, Switzerland, Stephan is a graduate of the Royal College of Music (RCM) in London, where he completed his postgraduate studies in composition with Joseph Horovitz. While studying at the RCM Stephan was awarded the prestigious Cobbett and Hurlstone Prize for creativity.
His orchestral work PC-24, ein musikalischer Alpenflug was commissioned by FestivalStrings Lucerne and celebrates the launch of a new aircraft.

He has completed commissions for English National Ballet, the clarinet ensemble at Tonhalle Zürich, the Cockpit Theatre (London) and the Dunshan Symphonic Wind Orchestra. His brassband work Vertex was the B section test piece when the EBBC was last held inMontreux (2011). His latest brass band piece, Phoenicia – Symphonic Sketches, wasthe set-test for the 2018 Swiss Open Brass Band Contest.

Argos was commissioned by the Luzerner Kantonal-Blasmusikverbandes LKBV. Completed in the Autumn of 2009, it was the set test piece in the third section of the 2010 Lucerne Cantonal Music Festival, Willisau. Argos is one of the oldest cities in Greece, a powerful rival of Sparta, Athens, and Corinth. The word Argos can also be translated as ‘bright’ or ‘shining’, which is the meaning that Stephan Hodel has adopted for his bright, festive suite. Argos is in three parts, a fanfare-like opening, a song or chorale-like middle section, and a light-hearted final movement.